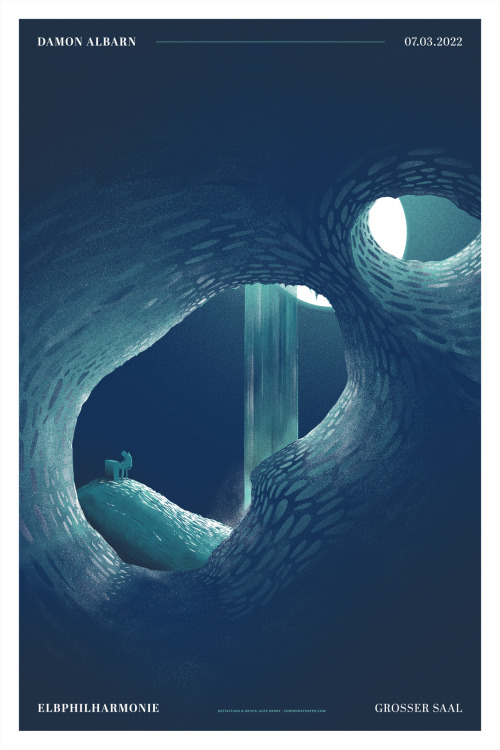 Damon Albarn at Elbphilharmonie in Hamburg, poster by Alex Hanke

Concept behind the print:
After a number of listenings of the marvelous new report, some lyric fragments the place floating in my head and you may see references to „Royal Morning Blue“, „Darkness to Mild“ or the album title generally. These acquired combined with a photograph of the waterfall Seljalandsfoss on Iceland, which has a cave behind the stream. Since I also needed to attach the illustration to the Elbphilharmonie itself, I used to be looking footage of the building which again led to the ice cave, in reference to the unique escalator in the building. – Alex Hanke [X]